Check out this A.I. company’s high-tech Sydney HQ — get your fingerprint ready 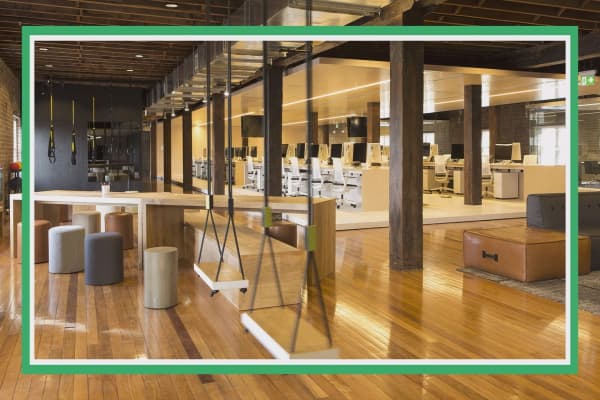 A lot of companies like to claim their offices are personalized to their staff, but at Ansarada they’ve taken the idea one step further: You’ll need your fingerprint at the ready to get through the door.

Biometric ID passes are just one of several high-tech features built into the Australian data firm’s Sydney headquarters to reflect its innovative approach and inspire its team of 118 technology buffs.

“Proxy cards and all that, that’s old school,” Sam Riley, CEO of Ansarada, told CNBC’s “Office Envy” during a tour of its 8,460-square-foot work space.

Ansarada is what’s known as a virtual data room company, meaning it provides an online platform — or cloud — for companies to store information during major transactions like fundraising and mergers and acquisitions. 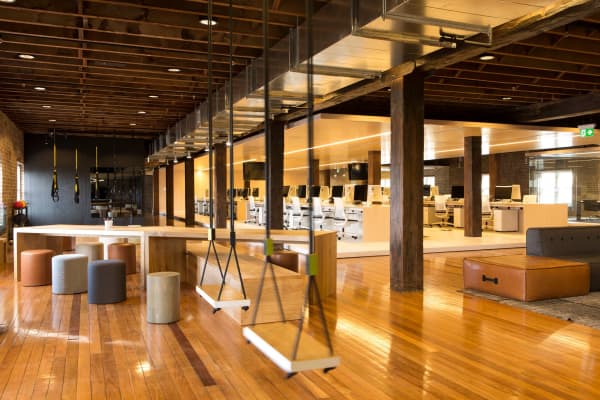 Though its offices are very much physical, that high-tech concept is something the company has woven into the fabric of the building.

“Everywhere we work is a raised white platform. It’s kind of symbolic of working in the cloud,” Riley said of the space, which houses dedicated IT and engineering hubs.

In recent years, Ansarada — an acronym of its four founding members’ names — has also incorporated artificial intelligence features into its platform to help make the often-stressful deal making process more enjoyable for clients.

It also created the world’s first M&A video game, and that “fun” aspect is something it has tried to nurture in the workplace. 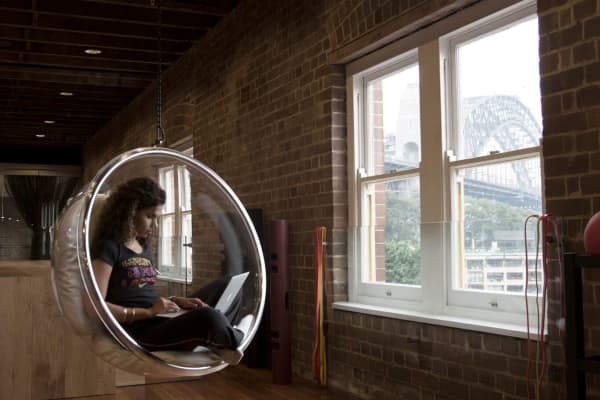 Swings, a mini cricket green and regular workout classes are some of the perks on offer to help staff in Sydney let loose during the working day. Don’t worry, though, there are showers and laundry facilities for when things get intense.

Meanwhile, for those who prefer to chill out on their break, there’s a comfy reading corner which also plays host to the company’s book club. Each quarter, staff get together to read and discuss an inspirational business book, such as Jim Collins’ “Good to Great” and “Blue Ocean Strategy” by W. Chan Kim and Renee Mauborgne. 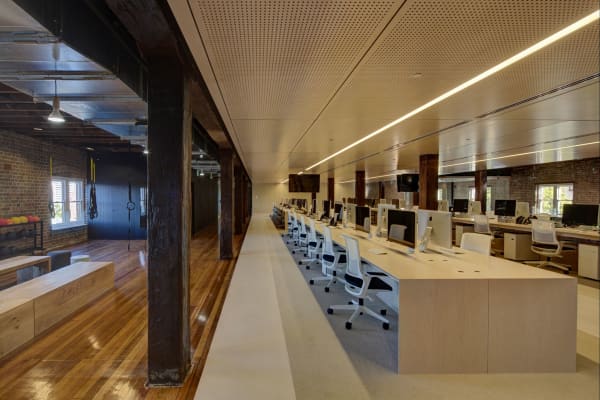 According to Riley, it’s enough to entice staff in on the weekends and even public holidays.

“A lot of our team and their family and friends will come up here on New Year’s Eve to get an epic view and it’s a really fun time,” Riley said.

“Everyone can enjoy the office — not just during the workdays, it’s open on the weekend and you can chill out.”