Did You Know? – Earth’s ‘underground oceans’ could have three times more water than the surface

Scientists have published the first direct evidence of a massive reservoir of water three times the size of Earth’s oceans located hundreds of miles underneath the surface of the planet.

The discovery could explain exactly why the Earth is so habitable, with scientists suggesting that this underground store of water – which is trapped in minerals – has acted as a buffer, keeping the Earth’s oceans at roughly the same levels for hundreds of millions of years.

The new study, published in the journal Science by Northwestern geophysicist Steve Jacobsen and University of New Mexico seismologist Brandon Schmandt, could also shed new light on the inner mechanics of our planet.

“Geological processes on the Earth’s surface, such as earthquakes or erupting volcanoes, are an expression of what is going on inside the Earth, out of our sight,” said co-author Jacobsen.

“I think we are finally seeing evidence for a whole-Earth water cycle, which may help explain the vast amount of liquid water on the surface of our habitable planet. Scientists have been looking for this missing deep water for decades.” 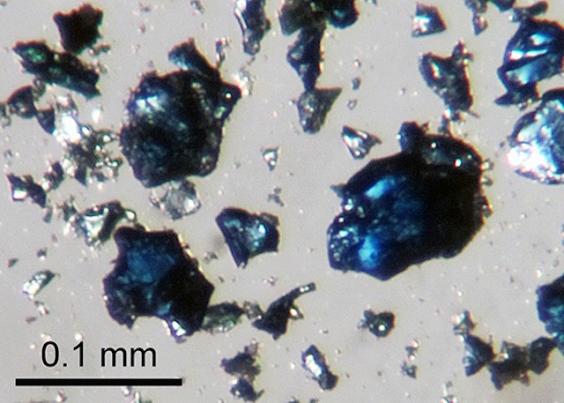 The water is thought to exist at depths of between 250 and 410 miles in an area known as the “transition zone”. The H20 is trapped in the molecular structure of minerals within the mantle rock, with this unique form – neither liquid, ice nor vapour – created by the phenomenal pressure and heat underneath the Earth’s surface.

Some of the first evidence for this water came in March with the discovery of an “exceedingly rare” sample of the water-saturated mineral ringwoodite which had made its way from the transition zone.

“The ringwoodite is like a sponge, soaking up water,” explains Jacobsen. “There is something very special about the crystal structure of ringwoodite that allows it to attract hydrogen and trap water. This mineral can contain a lot of water under conditions of the deep mantle.”

Jacobsen and Schmandt’s study used data from a network of 2,000 seismometers across America to measure the spread of vibrations from earthquakes. Because these disturbances travel at different speeds through different materials, the scientists were able to infer when the seismic waves hit a patch of ‘soggy’ rock.

To predict how these vibrations would differ they first synthesised a sample of ringwoodite, using small gem diamonds as anvils to compress the materials and see how it absorbed water at the molecular level.

“It’s rock with water along the boundaries between the grains, almost as if they’re sweating,” Jacobsen told the New Scientist. The study only looked at seismic vibrations underneath the US, but Jacobsen wants to see how far this layer extends around the planet.

“We should be grateful for this deep reservoir,” he said. “If it wasn’t there, it would be on the surface of the Earth, and mountain tops would be the only land poking out.”