Riot police were deployed on the island of Lesbos as desperate migrants called for better conditions and permission to travel to mainland Europe.

Violence broke out when 200 members of the far-right Patriotic Movement attacked migrants with stones, glass bottles and fireworks.

A short time later left-wing campaigners rushed to the aid of migrants. 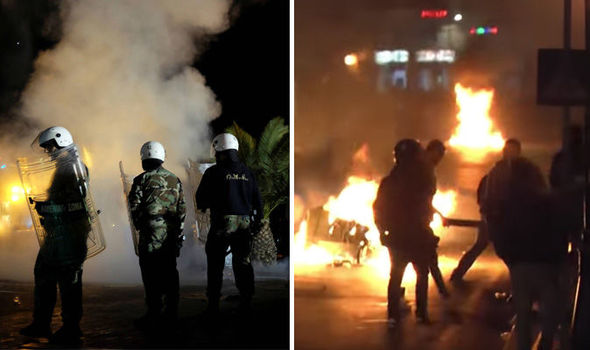 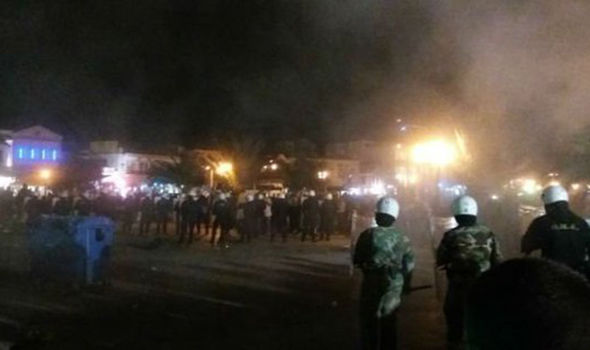 However the Greek news agency AMNA said the last migrants did not leave the scene in the central Sappho square in the town of Mytilene until early the next morning.

He said the island needed assistance in dealing with the growing number of migrants, with hundreds still arriving every day. 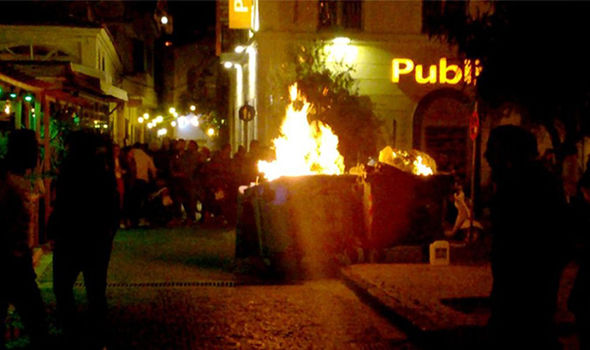 He said: “Now there are about 10,000 people in Lesbos who filed a request for asylum, whereas there are 27,000 residents in the city.

“Our island once again has become a hostage.

“For the last three years, Lesbos has been experiencing an unprecedented situation. It’s carrying a huge burden.”

Regarding ultra-nationalist protestor, he said: “If persons of extreme ideological beliefs took part in this reaction, it was to be expected.”

Lesbos was the main gateway to Europe for nearly a million refugees and migrants in 2015.

Arrivals have slowed significantly since a European Union deal with Turkey in 2016 but a steady flow is putting pressure on island facilities.Its main camp, Moria is holding more than double the number of people it was intended to.