“We were unable to escape the current and were swept away by the river,” survivors said.

Aid arrives at the Tzafit River as a bus full of students was carried off after a storm, April 26, 2018 (Courtest Magen David Adom)

Aid arrives at the Tzafit River as a bus full of students was carried off after a storm, April 26, 2018 (Courtest Magen David Adom)

Nine youth have been declared dead after their pre-army academy school bus was carried off by a surge in the Tzapit river, amid intense storms in southern Israel on Thursday.

Nine students of the Bnei Zion Academy in Tel Aviv died and two are moderately wounded. All were taken to the Soroka Medical Center in Beersheba.

Be the first to know – Join our Facebook page. 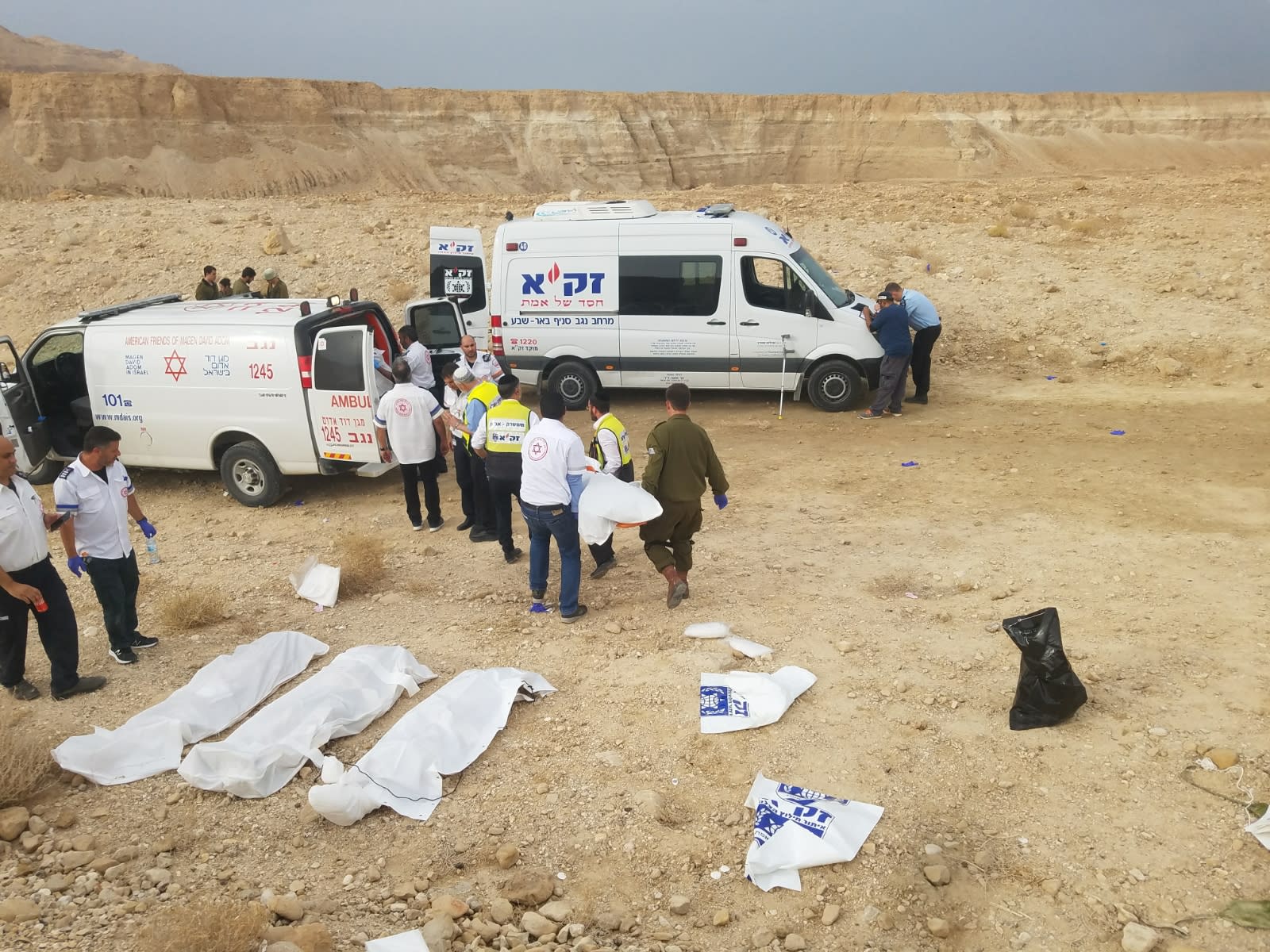 “We were unable to escape the current and were swept away by the river,” a rescued youth said on Channel 10 news.

Three teams of the IDF’s elite 669 Search and Rescue Unit, aided by their three Yasur choppers and one Apache helicopter, were searching for the missing.

Police instructed people to stay away from the area.

Releasing a statement on the tragic incident, President Reuven Rivlin said: “Our prayers and thoughts are with our brothers, our children, and our loved ones who are in trouble. We are closely following the updates from the south and send a warm embrace to the worried families. We will strengthen all the security and rescue forces, who are in the process of search and rescue and medical treatment. I ask you all, please follow the instructions of the police and rescue forces and be attentive to them.”

Prime Minister Benjamin Netanyahu is closely following the rescue mission and was updated on it over the phone by Operations Directive Maj. Gen. Yoav Har-Even.

“I support the security and rescue forces that are currently working to save lives and to locate those missing in the severe disaster that occurred today in Nahal Tzafit,” Netanyahu said. “We are all praying for better news.”

Highway 90 is now blocked in both directions between the Arava junction and the Eilat entry road block. The spokeswoman for the city of Eilat, Dana Zanti, stated that a ceiling had collapsed in the Isrotel Red Sea hotel.

On Wednesday, two youths were killed when they were swept away in the sudden floods created by the spring storm that raged in various parts of the country. The storm caused the traffic in Gush Dan to halt, various power outages and damage to cars and private property.

A Beduin sheep herder drowned after being carried away by a flood in Ma’ale Amos in the West Bank. The search teams were able to locate her body and she was pronounced dead upon arrival to the hospital.

Thirty-seven students and six adults were evacuated after their tour bus was swept away by a flood during a trip in Kfar Hanokdim. The Israeli Nature and Parks Authority closed down various parks in the Negev. The Kinneret Authority asked visitors not to enter the water for fear of them being carried away and drowning.

Maariv Online contributed to this report.