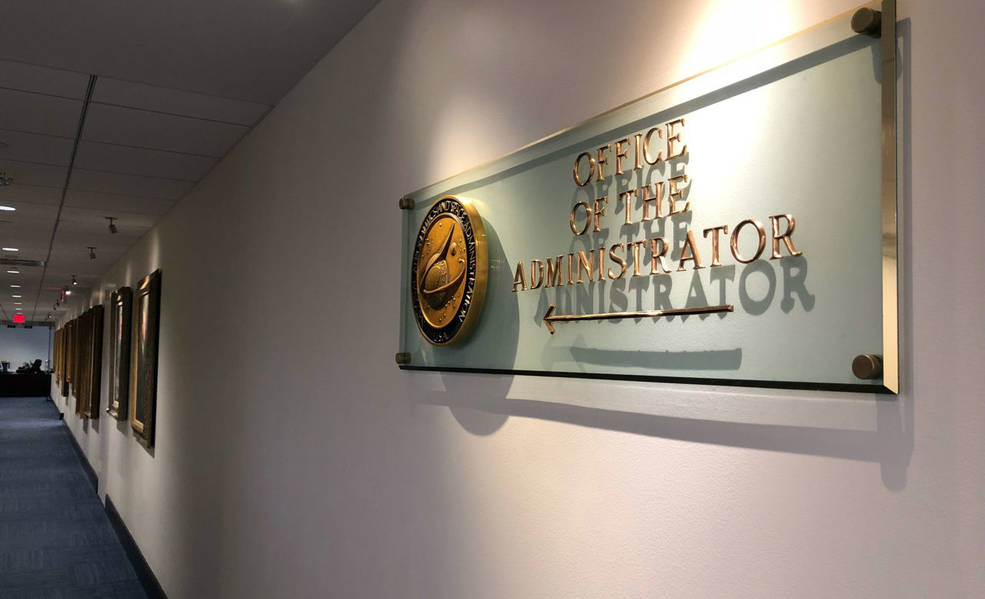 Jim Bridenstine was confirmed by the U.S. Senate on Thursday, April 19, to serve as the NASA’s 13th administrator.
Credits: NASA

Vice President Mike Pence will swear in Jim Bridenstine as NASA’s new administrator at 2:30 p.m. EDT Monday, April 23, at the agency’s headquarters in Washington. The ceremony will air live on NASA Television and the agency’s website.

Following the swearing-in, Vice President Pence and newly sworn-in NASA Administrator Bridenstine will speak live with three NASA astronauts currently living and working aboard the International Space Station. Expedition 55 crew members Scott Tingle, Drew Feustel and Ricky Arnold will offer congratulations and take questions from the Vice President and Administrator Bridenstine. The astronauts will also briefly share stories of their experiences on the orbiting outpost from 250 miles above Earth, traveling at 17,500 miles per hour.

Bridenstine was confirmed by the U.S. Senate on Thursday, April 19, to serve as the agency’s 13th administrator. Prior to this position, he served in the U.S. House of Representatives for the state of Oklahoma, where he held positions on the House Armed Services Committee and the Science, Space and Technology Committee. Bridenstine also is a pilot in the U.S. Navy Reserve and the former executive director of the Tulsa Air and Space Museum and Planetarium.

For information about NASA’s missions, programs and activities, visit: